TruAge assesses biological age with a DNA methylation clock which looks at characteristic changes to the DNA that occur over time without affecting the DNA code itself. These methylation changes are an epigenetic mechanism used by cells to control gene expression. They are found predominantly on locations in the DNA of cytosines followed by guanine (CpG sites). These changes can modify regulatory factors affecting gene expression such that the DNA sequence itself is not changed, but the individual’s physiology and behavior are substantially influenced.

TruAge is based on about 900,000 CpG sites, trained on data from over 5000 subjects. It also utilizes other biomarkers of health and aging to influence its output via a mathematical model built by computer learning and artificial intelligence. As a robust predictor of biological age, TruAge is one of the most accurate biomarkers of predicting health span, lifespan, and susceptibility to age-related disease.

The assessment includes the Dunedin Pace of Aging measure. Quantifying the rate of aging versus biological age is like having a speedometer of aging versus determining age at a fixed moment in time. A current rate of aging allows for a comparison of past history from current influences on epigenetic aging that are regulated by ongoing, modifiable lifestyle factors. 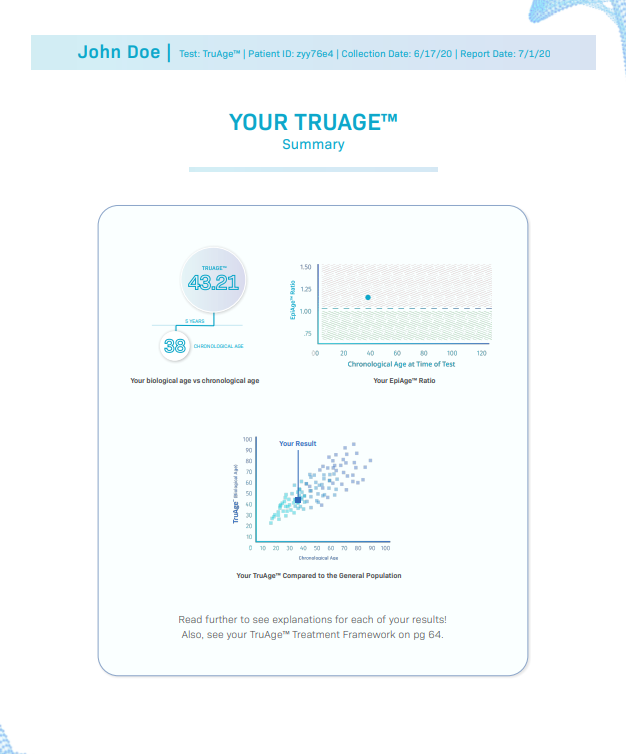 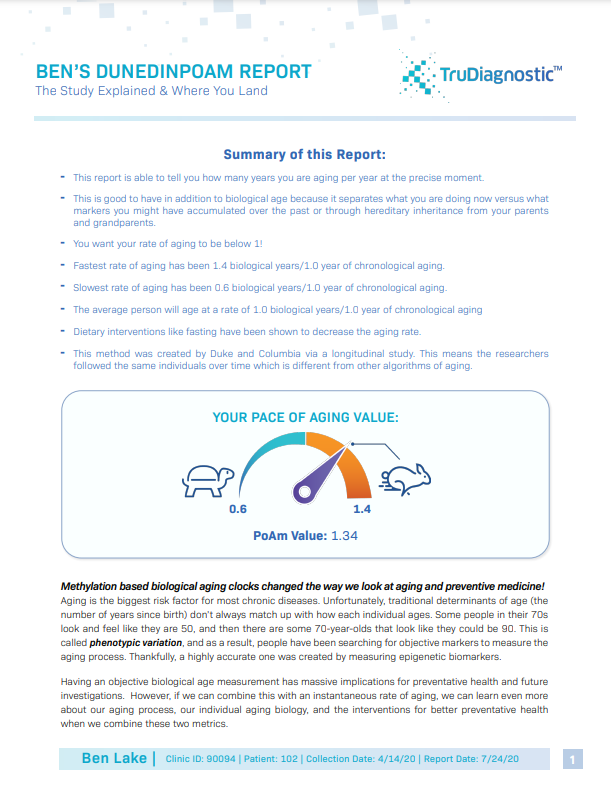 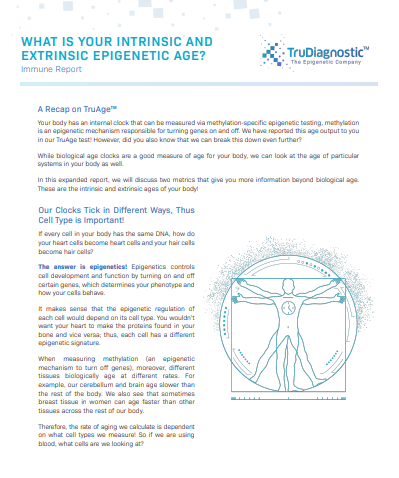